Spanish 1 is an introduction to the study of the Spanish language and culture. Students perform the most basic functions of the language and become familiar with some cultural elements. Emphasis is placed on the development of the four skills of listening, speaking, reading and writing within a given context extending outside of the classroom setting when possible. Students will begin to acquire some insight into how languages and cultures work by comparing the target language and culture(s) to their own. Integration of other disciplines will be on-going throughout the course. (This is a year-long course.)

Pre-requisites and further details can be found in COURSE CATALOG.

Prerequisite: Satisfactory performance on the UCHS Spanish Proficiency Test is required for placement into Spanish II. Spanish II builds upon information acquired in Spanish 1. The course will also work to reinforce the four language skills of listening, speaking, reading and writing. Spanish II will provide opportunities to explore and learn the Spanish language and culture. Students will continue to build upon reading and writing abilities as well as speaking and listening comprehension skills. Emphasis will be placed on perfecting pronunciation, mastery of the basic grammatical structures and increased communicative proficiency. (This is a year-long course.)

Prerequisite: Spanish II. Spanish III builds on the principles taught in Spanish II in order to develop speaking, reading, listening and writing skills more fully. The curriculum for Spanish III is intended to engage students in communication with spoken and written language entirely in Spanish. Through the study of thematic vocabulary and more advanced grammatical structures, students will be able to imitate appropriate gestures, intonation, and common idiomatic expressions through relevant social interaction. Students will also read selected literature in order to sharpen their comprehension skills. A strong emphasis will be placed on culturally authentic real-world interactions. (Fall Only) 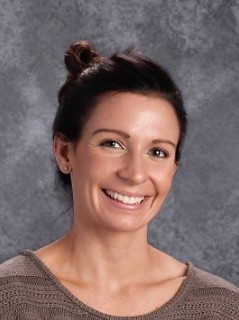